Where are all of these so-called “Born in the Cloud” Partners Anyway? 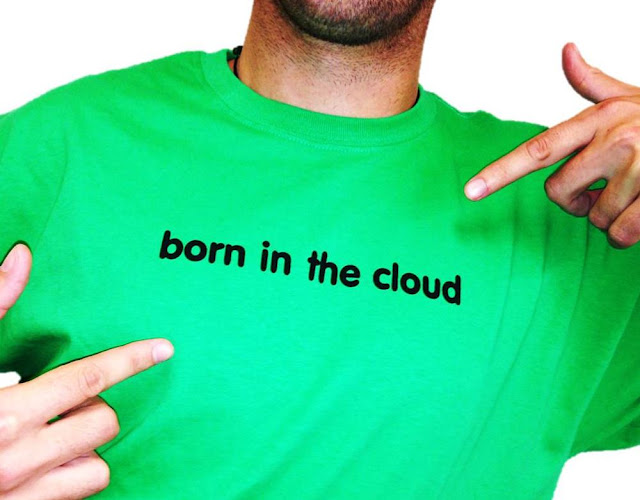 This question was posed to me at the Ingram Cloud Summit this week in Phoenix. We all know that the cloud is quickly redefining IT, with over 90% of companies using some mix of public, private and hybrid cloud solutions. In fact, 60% of companies have replaced more than one third of their IT infrastructure with cloud products thus far (Gartner).

With 1,300 attendees at this cloud-focused conference, I asked the question: “How many of you are born in the cloud?” Only a couple of hands went up. The same result happened at CompTIA Annual Members Meeting last month.

With the cloud representing $204B in opportunity (Gartner), there must be some big-time winners right?

Some are theorizing that cloud and “as a service” vendors are selling solutions direct to customer. The reality is that over 55% (and growing) of cloud sales are going through a channel (IDC).

Another theory is that traditional IT Channel Partners are not plugged into cloud demand at their customers. This is also untrue. CompTIA reports that 67% of channel firms are experiencing demand for cloud services that has outstripped their capacity. It could be a combination of technical capability and bandwidth – but they are seeing sufficient opportunities nonetheless.

I have heard some argue that “shadow” or “rogue” IT demand is being claimed by an unseen force. This is actually partially true. Half of traditional IT partners claim to have lost a sale to a non-traditional IT solution provider, such as a industry-specific consulting firm, vendor, distributor, or telecom carrier. This is happening with much more frequency than in previous years.

Here is my theory on “born in the cloud"

1. The biggest threat facing the traditional IT channel (36% decline in firms since 2008) has nothing to do with technology or transforming business models. It is the changing dynamic in how customers decide on IT. It almost sounds unbelievable, but 72% of all technology decisions are now being made (or highly influenced) outside of the IT department. Only 18 months ago I was blogging about the “Tipping Point” when 51% of decisions were outside of the CIO. In fact, Gartner is predicting that the number will grow to 90% by 2020.

3. “Verticalization” is being replaced by hyper-focused “vectorization”. With 72% of decisions now being made by Executives in lines-of-business (LOB), specialization is diving deeper into sub-industry, geography, segment, technology and LOB. For example, traditional providers that may be specializing in a certain industry such as healthcare are losing to firms that hyper-specialize in lead generation marketing at mid-size, ambulatory care hospitals in New York State (5 vectors). The customer Executive likely doesn’t know (or care) about things like security, regulation, changing legislation, network capacity, backup, disaster recovery, uptime, support and dozens of other foundational skills the IT Channel would bring. They care about a business problem of generating more leads – and that is what born in the cloud firms are pitching. They are part of a marketing cloud ecosystem representing solutions such as Marketo, Pardot, Eloqua, Hubspot and hundreds of other software-as-a-service companies.

4. The Cloud is inherently unprofitable. The vast majority of cloud vendors are not making money (some of it by design). Even some of the cloud superstars such Salesforce and Amazon have only recently flirted with profitability. This doesn’t bode well for cloud resellers, looking to take a margin on these low-priced, recurring revenues. Successful born in the cloud firms have leveraged their hyper-specialization into rich consulting and service contracts. Last week, IBM bought one of these firms, Bluewolf, who specializes in Salesforce for over $200M. If you check Salesforce’s partner program, they have 695 of these type of partners generating $20B in services. This is over 3 times more revenue than Salesforce itself – and almost 10% of the world cloud opportunity ($204B) I mentioned above.

So if you are looking to meet and recruit some of these “born in the cloud” partners, your best bet is to skip the over 150 channel centric tradeshows world-wide this year. They simply aren’t in attendance. You will have better luck attending Salesforce Dreamforce, a Marketo event, or specific industry LOB conferences. While the IT and Telco Channel numbers are declining, this new generation of partners are exploding.

Interestingly enough, I have attended a number of these conferences in the past few years. The joke about well-dressed, skinny jeans wearing millennials making up this new generation of channel actually turns out to be true.

However, if you want to know what the latest hacks are in nurturing marketing leads in mid-sized ambulatory care hospitals in Upstate New York – they will talk your ears off.