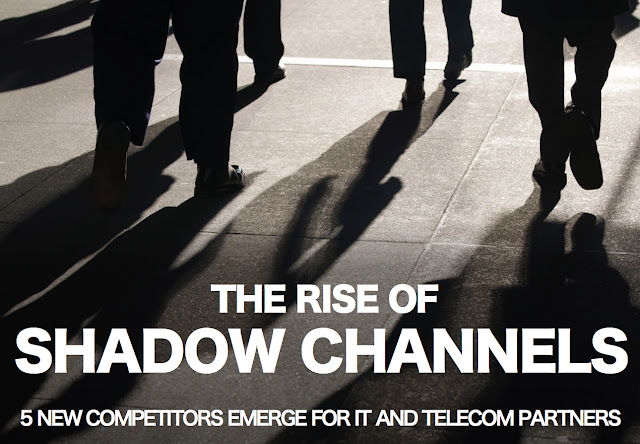 I have written extensively this year about the changes happening in the traditional IT and telecom channels. Here are some of the major industry trends that have accelerated these changes:


We know that millennials are not joining leadership/ownership roles within traditional channel companies in sufficient numbers. Business models based on managed services, client/server management, hardware sales, and break-fix do not seem to be enticing the next generation.

Channel margins have been challenged for over a decade, with eroding hardware, software and services resell opportunities. Further, increased competition and more efficient tools and processes has commoditized the delivery of IT and telecom. There is also a degree of consumerization that threatens traditional cash cows with the rise of Apple, Google and the like.

Millennials are joining the broader technology industry and other industries that are radically transforming themselves into tech companies. Read the annual reports of the Fortune 500 and you would think that they are all technology companies.

The changes in how companies make technology decisions, led by the lines of business, used to be called “shadow IT” or “rogue IT”, but today is the new normal. This change in the customer buying journey has been heavily influenced and accelerated by several “shadow channels”.

Who are these shadow channels?

The shadow channel is a broad and diverse group of companies from all backgrounds who engage, influence, recommend and even resell technology to lines of business. It is useful to break them into categories:

The growth of the software-as-a-service industry since early in 2000 has been staggering. Major, multi-billion dollar revenue streams are still growing north of 30% - 15 years later.

We are now seeing clear winners in each of the line of business categories. For example, 10 years ago there were over 300 CRM solutions competing in a very fragmented market. Salesforce has now secured almost 1/5 of all CRM opportunity and competes in a more narrow, established market between on-premises and cloud offerings.

Other winners include companies like Marketo, Netsuite, Workday and many others. All of these winners have built impressive ecosystems around their products where all boats are rising – and quickly. For example, Salesforce has over 1,000 partners globally that drive over $20B in revenue. That is estimated to be $4.14 for every $1 a customer spends on the CRM license (according to IDC). Similar numbers are seen across all LOB ecosystems.

This is primarily consulting and integration revenue. The Salesforce ISV and customized developer partnerships drive billions of more dollars of value. In fact, Marc Benioff, CEO of Salesforce, outlined a $290B ecosystem opportunity value over the next 5 years for those that want to compete.

According to Goldman Sachs research, the SaaS economy drives $106B in revenue this year, growing by 30% CAGR for the foreseeable future. With the opportunity of $5 for every SaaS dollar, we are looking at a half-trillion dollar opportunity that hasn’t yet been realized. I personally don’t believe the number is that high, but anything multiplied by $106B is significant.


Keeping on the Salesforce example, the ISV ecosystem is called AppExchange and it has 3,000 apps, generating 4 million downloads, $20B in ISV revenue (including a sizable chunk that Salesforce takes off the top in a revenue share). An impressive 75% of their customers use Apps in addition to the core software.

There are several unicorns (companies worth over $1B in market value) that are completely reliant on these SaaS ecosystems. Adding tools, workflow, customized and specialized industry solutions, and other value adds is a very lucrative environment for entrepreneurs. The investment community of venture capitalists are also eager to back companies in these ecosystems with hundreds of dedicated funds.

The shadow competition comes in the form of free services. In the rush to grab share, many ISVs (and the investment community behind them) measure recurring revenue on the software and tend to give away or look negatively upon one-time, project based services.


Every company is being forced to become a technology company. Whether it is a car company with Tesla sneaking up, transportation company with Uber, hospitality company with AirBNB, or any other of the 27 industries, technological disruption is threatening traditional companies with extinction.

This means that every ancillary service or consulting company supporting these industries is being forced into technology as well.

CompTIA did an excellent piece of research in late 2015 focused on the professional services vertical. Looking specifically at accounting, legal and marketing firms they drew a couple of important conclusions:
By the year 2020, more than 80% of accounting and marketing firms will be indistinguishable from traditional IT channel partners. Legal is slightly lower at 55%, but still heading the same direction.

Now think about every company, in every industry becoming a competitor for these technology dollars that lines of business are increasingly spending. This casts a huge shadow and is very tough to compete with.

4.  “Born in the Cloud” IT and telecom firms


Much has been written about born in the cloud – and most of it turned out to be wrong.

Don’t get me wrong, there are many successful companies that have been started in the cloud era, with business models purpose-built for this environment, and finding success as brokers, integrators and building trust within lines of business. I spoke at an Ingram Cloud event earlier in the year with 1,300 of these eager folks in attendance.

The great influx of millennial, born-in-the-cloud VARs and MSPs hasn’t materialized as predicted however. The technology industry is struggling to stay in the top 10 of most desired industries for college grads.

Technology is so intertwined with business today that younger people look to themselves as sales, marketing, HR, operations or finance leaders and that technology is an obvious and ubiquitous part of their job role.

With all that said, born in the cloud is still a formidable shadow channel as the skill level is high, business model optimized and energy level high.


It is difficult to measure startups, as many countries don’t keep track. The best estimate from the Global Entrepreneurship Monitor is there are about 613 million people trying to start about 396 million businesses. About one third will be launched, so you can assume 133 million new firm births per year, with just shy of 2 million of those being technology startups.

Forbes reported 50,000 companies get Angel funding in the US, with 4,000 of those moving on to secure venture capital funding per year.

These are big numbers – but safe to say that innovation and entrepreneurship is as hot as ever. Each of these companies have a new idea or, what they think, is a better way to do things.

The shadow channel effect is that traditional service-based opportunities could be automated, replaced or deemed redundant in the future. The traditional channel is not immune to the reported 47% of jobs that could be replaced by artificial intelligence, machines and robotics in the near future.


It is hard to predict the impact of each of these shadow channels against the future technology opportunity. We do know that competition for traditional partners is shifting from the business across the street to a myriad of influencers on end customers.

The good news is that the pie is also growing. The technology industry is expected to grow by 5.1% this year and is looking positive for years to come. The skills and resources to take advantage of this pie look much different than they did even 3 years ago.

The shadow channel is currently the wild west - the equivalent of where the traditional channel was maturity-wise in the early 1990’s. They are putting customer businesses at risk everyday by playing fast and loose with customer data, financial and even HR data. Proprietary information is flying everywhere across public clouds by smaller startups with little control or regard for the ramifications (or regulations).

The traditional channel has an opportunity to play a crucial role. Through strategic partnerships of their own, mergers, acquisitions, hiring/adopting the right skills, as well as business model changes, they can ensure that maturity is injected back into the system. Things like business continuity, security and compliance are critical requirements of  the LOBs – and very few in the shadow channels can execute at this point.