As I prepare for another trip halfway around the world in 4 days, I thought I would put some thoughts on (virtual) paper. This “tour” has started to attract some interest and I am approaching the 50 country halfway point.

By the way, in 4 days I will be hitting 7 countries in Southern Africa.

How did it begin?

Yes, the 2007 movie, starring Jack Nicholson and Morgan Freeman (http://www.imdb.com/title/tt0825232/) was the inspiration. I, like I suspect many others, had a goal to visit much of the world but no real plan to do it. The gentle reminder that every day is precious and waiting till retirement age is risky:
- Potential for health issues
- Lack of energy
- Getting limited (and censored) through “tours” 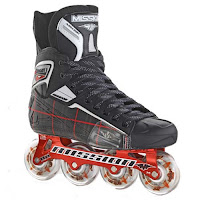 Actually, it was a bit more complicated…I wanted it to be remarkable, challenging, but yet attainable. Knowing that dozens of countries are in perpetual war (civil or otherwise), and others were small islands spread around the world, I chose a round number representing half.

By the way, the United Nations recognizes 192 countries, and the US State Department recognizes 194. The debate over places like Vatican City, Kosovo, and Taiwan make the number go up or down but the general consensus is 195 countries in the world today (2010).


The Unofficial Rules of the Tour (#1 rule is that there are no rules):

1. 8 days per trip – not work related travel. Leave on a Friday, return on a Sunday – only miss one week of work each time.

2. Every June and December (try to catch summer wherever I go north or south)

3. Book flight three months ahead, use Google Maps to determine path and transportation type between countries, and start locking in details the week of the trip.

4. Process inside each major city is to park 10 miles outside of downtown and strap on Rollerblades (actually Mission inline skates to be exact) and skate up and down each street one by one. The skating is efficient and effective even in heavily crowded areas. I can travel about the speed of a bicycle meaning a good 4-5 hours will cover a large city and 30+ miles.

5. High degree of flexibility including sometimes driving at night, catching a nap in the car or staying in a luxury hotel – all somewhat random and in the moment.


How to choose Countries?

A few times I have literally spun a globe and booked a flight where my finger stopped (China). Sometimes it is educational and theme based (tracing back WWII from Auschwitz back to Berlin). Other times it is centered around major events (watching World Cup soccer from home countries of Argentina and Brazil) and then going to the actual site later (Johannesburg).

The randomness is what drives some of the fun. 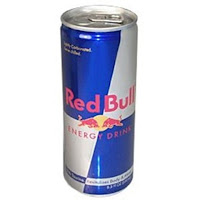 When does the Red Bull kick in?

Most people know that I do not drink alcohol or coffee, or even that much Red Bull. Looking at some of the crazy itineraries (14 European or 7 African countries in only 8 days) the inside joke is that I live off of very little sleep and lots of toxic Red Bull!

I eat 100% local to the country I am in – usually off the beaten (tourist) path and likely in some back alley somewhere. I don’t speak any languages outside of English so it usually consists of a bunch of pointing and sheepish grins.


What is the Endgame?

The question I am asked most often is: How can you enjoy the travel and suck in local culture when you are dashing through countries almost daily?

1. Rollerblading means that I cover more of a city than most people who stay for days and stick with “Top 10” tourist sites

2. I am keeping a “best of” list and will go back after the tour (perhaps in retirement) and spend quality time in the chosen places.

At the current pace, I will likely be done 100 countries by the time I am 50 – leaving lots of time to go back and explore deeper.

Another bucket list item is to one day sail the blue ocean and perhaps approach these countries in a different fashion - as a mariner.

Till then, Rollerblades and Red Bull. Safe travels.
Posted by Jay McBain