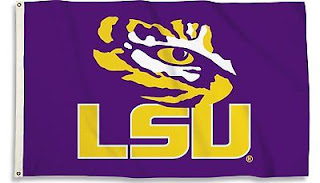 Last summer while climbing Machu Picchu, Peru as part of my wife Michelle’s International MBA from Manhattan College, I thought – why not me?

As a mentor earlier in my career, I would often tell younger people to not take an MBA too close to their undergraduate degree as it tends to get overlooked by recruiters and hiring managers if there isn’t enough work experience in-between. My own personal life plan had me returning to school at some point, but as with so many people, life got in the way.

I looked for a recognized, accredited, and affordable online program that I could do while working at Forrester (and that they would pay for). For almost 25 years, I have been in channel-related jobs which is basically representing over 600,000 entrepreneurs and family-run businesses around the world. LSU – Louisiana State University – had the perfect program for me, an MBA in Entrepreneurship and Family Enterprise. The program could be completed in as little as 10 months and cost a grand total (including books and all other costs) of $12,473.90.

I had a couple of hiccups getting started convincing them that Canada was not a third-world country and my undergraduate degree from the University of Lethbridge should be accepted on par with a U.S. degree. Once the dean accepted my story, I was off to the races. Online classes would commence on October 23, 2017 and end on August 18, 2018 – a few days shy of ten months.

Then the fun really began!


1. Nov 11, 2017 - Embarked on a 10 day cruise through South America and Panama Canal 2 weeks into first semester. The Wi-Fi on cruise ships is spotty at best and the cost ran into hundreds of dollars as I was on video calls with my class teams (who would later rate my participation as part of the final grade!).

2. Dec 10, 2017 - Moved the family from New York to Florida. Michelle had a great opportunity to join the team at Office Depot in Boca Raton and we set sail for warmer climates!

3. Mar 18, 2018 – Completed my first Forrester Wave on TCMA, the most intensive product that the company offers, taking over 100 hours of research and interviews. This is while traveling heavily through the channel industry busy period and keynoting in front of large audiences once per week on average.

4. Mar 20, 2018 – Became Vice-Chair of Emerging Technology community at CompTIA – the world’s largest IT Association, involving multiple calls per month and travel to Chicago in March and Washington DC in August.

5. May 3, 2018 – Closed on new house in Boynton Beach after living in tiny corporate temporary housing for almost 5 months with Michelle, Danica, Brooklyn, Cali, and either my mom and sister as well as Michelle’s mom giving a much needed helping hand.

6. Aug 6, 2018 – Michelle had open heart surgery in New York City to repair a condition she has had since birth. We spent two and a half weeks at different apartments and hotels with the kids and Michelle’s mom Mary Anne while she recovered. I ended up finishing my last semester finals using spotty internet and not sure where I was going to be from one minute to the next! (I finished my Econ 705 final at the hospital while waiting to hear from the surgeon on how it went).


So, if you are sitting back thinking that the time isn’t right for an MBA…when would be better? With my wife and two older children, Danica and Mila, all in college together, it was a family bonding exercise talking about our school adventures.

With two young ones in diapers, moving across the country, a very time and travel intensive job, holidays, and a serious medical issue, never did I feel that the doubling of classes was too much. There were times that I had to reach deep into the night to finish everything – but it was never overwhelming.

And now, much like pulling off a band-aid, the MBA is done! I have completed the course requirements and can walk across the stage as a newly-minted MBA. The course work has proven to be immediately valuable to my job and a major personal bucket list item has been checked off the list. 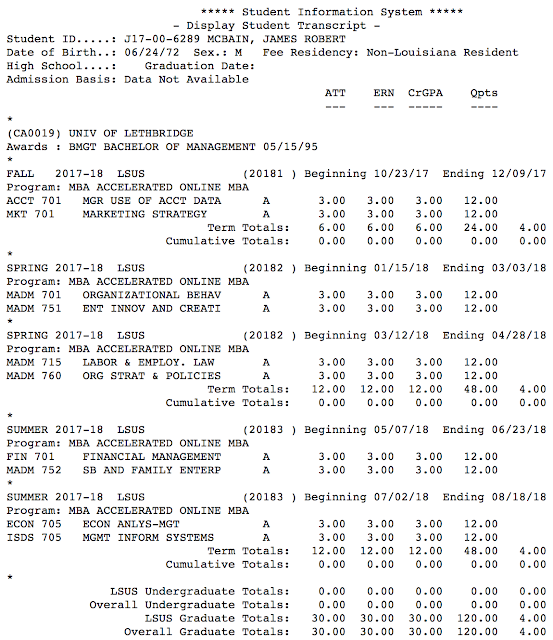 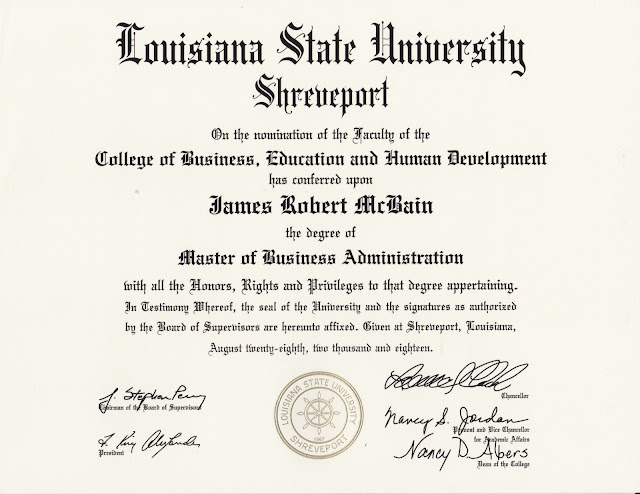