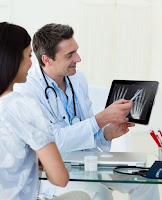 Bring Your Own Device & Apps: The Consumerization of Healthcare Is Happening Now

If you haven’t been following the debate on BYOD – Bring Your Own Device – you soon will.  The debate was fueled by the rapid and surprising success of $300 Netbooks four years ago. IT providers as well as AV integrators were successful, for the most part, in keeping those consumer devices off the corporate network due to lack of security, manageability and weak horsepower.

Fast forward four years and the healthcare environment is changing significantly. Connectivity is moving towards ubiquity, the cloud business model is real and the tablet was released in 2009 that forever changed the hardware landscape.

The tablet market is growing at a dizzying pace. Gartner is calling for 294 million units worldwide within four years, while Forrester is expecting 82 Million of them in the U.S. alone by 2015.  Apple commands almost 90% share, but more than 125 other tablets have come to market by mid-2011.  In fact, recent studies have shown a quarter of all physicians in the US already using the iPad, with a commanding 79% preferring that over other tablet brands.

Some of the early limitations of tablets, like the Netbooks before them, included lack of security, manageability and compatibility.  Newer devices have improved and now offer PKI authentication certificates, biometrics and remote wipe capabilities making them acceptable to many health organizations.  One lesser known limitation is if the device is subject to a legal hold – the health organization is in a legal dispute of some kind – the end user will lose the device for an extended and unpredictable amount of time.

The story isn’t just about integrating and managing secondary and tertiary devices from the consumer market.  Industry experts as well as futurists are calling for more devices, perhaps dozens per individual, gaining access to each medical office.

The consumerization of IT isn’t just about hardware – we are at the beginning of another interesting trend:  BYOA – Bring Your Own App.  Some have predicted that the explosion of over 1 million apps may spell the end of the traditional desktop internet.  While that is likely premature, apps could provide some real advantages in the healthcare industry including cutting down on training time, allowing health professionals to feel more invested, and replacing costly software licensing with cheaper apps.

However, there are several issues with BOA including:


We are already seeing examples where corporate communication has been fragmented into public clouds including personal email, LinkedIn, Facebook, Google+, Twitter, and a growing number of other social media tools.  As other app categories get more popular, such as practice management, human resources and expense reporting, integrators and IT personnel will be challenged with supporting this rapidly growing ecosystem.

It is an opportunity

IT and AV professionals will be crucial in managing this complexity of dozens of devices and perhaps hundreds of apps per person.  The necessity to collect and securely display the output of these applications pervasively throughout the health environment will be critical.  New services and practices will evolve that focus on enhanced security layers, compliance, data organization, data protection and vendor management in this increasingly fragmented world.  New revenue models will also evolve including micropayments by device and app – in many cases, pennies per month per individual.

To be effective in managing this potential chaos and, more importantly, profiting from it, integrators will need to have built a solid business foundation with predictable and repeatable business workflows.  Without “off the shelf” solutions, the level of complexity as well as the new micro-financial model could add significant risk.
Posted by Jay McBain